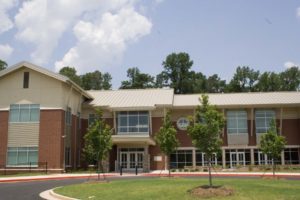 The Situation: A client that develops and deploys visitor management systems for schools and districts aimed to educate members of a community about how the new system would work in their schools. The technology requires school visitors to present a photo ID that is scanned against a sex offender database to prevent unwanted guests from entering school grounds. By raising awareness that the system was in place through local media outreach, the client was able to be proactive in communicating the new safety measure in place at community schools and showing other districts the effectiveness of the program.

Results: Through the efforts of the CB&A team, the media outreach campaign exceeded initial expectations resulting in two televised segments that demonstrated how the system is used in schools and newspaper articles highlighting the use and benefits of the visitor management system to enhance school safety.

With eight new systems installed in Wisconsin, the client worked with C. Blohm & Associates (CB&A) to connect with the new customers and gather details of the system’s implementation. Critical information included how the system was being utilized, what the school district did before the system was in place, how staff was trained and what the overall response had been to using the system.

When all of the stories were collected, CB&A developed a news release that targeted education trade and Wisconsin consumer media outlets. CB&A took those customer stories and crafted them into compelling media pitches to share with outlets throughout Wisconsin. The news release distribution was followed by a comprehensive pitching strategy to secure additional feature story coverage in local outlets throughout Wisconsin.

The coverage garnered 300,000 impressions in the local markets that were targeted.