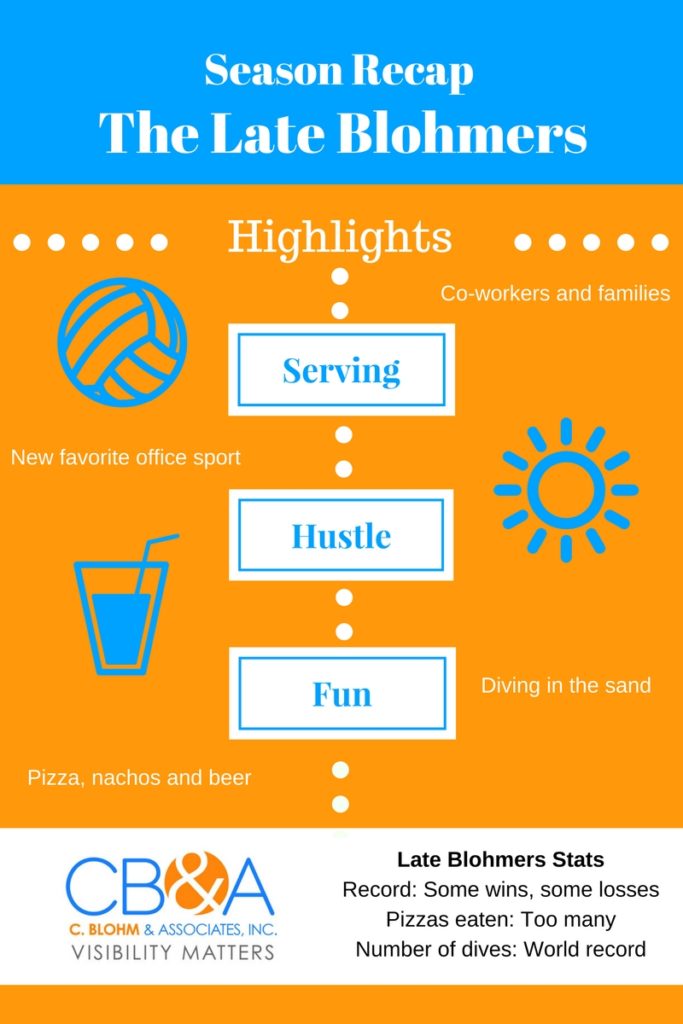 Between the hours of 6-10 p.m. on Mondays, the Coliseum (Bar) wasn’t filled with gladiators or chariots, but with co-workers, pizza and volleyball.

After a promising first half in its summer volleyball league, the CB&A team applied grit (the non-sandy variety) and determination for a gold-medal-worthy showing in the second half of the season. As the team begins resting up in the off-season and researching an indoor activity, it’s time to reflect on how the “Late Blohmers” blossomed.

Over the final eight games of the season, there were spikes, overhand serves, free agency signing and lots of chicken pesto pizza. The team’s all-around skills improved dramatically as they consumed more raw jalapeno slices and became more competitive throughout the summer. 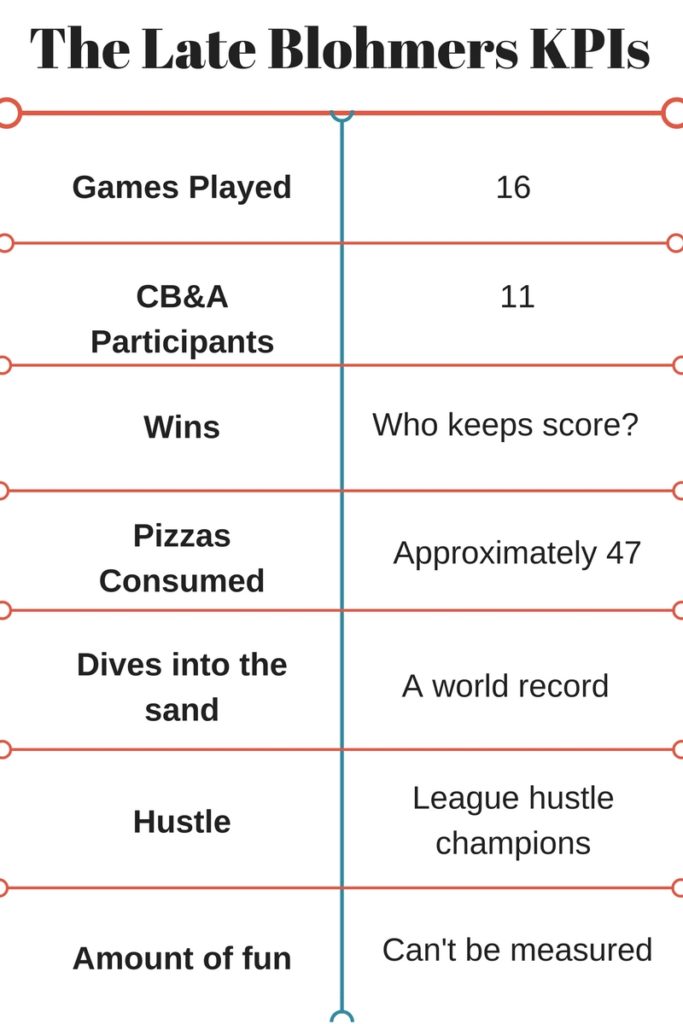 With the bright lights shining down on the court and a few less spectators than the Roman Coliseum holds, the Late Blohmers continued to earn notoriety for their scrappy play and concerted efforts to utilize all three hits before returning the ball.

When the Late Blohmers first took the court at summer’s start, the team was just coming to terms with the rules and best practices on the court. What the Late Blohmers lacked in volleyball experience, they made up for in hustle and fearless sand-diving (ouch!).

In the second half of the summer, there was noticeable improvement in serves, bumps, sets and spikes. The games grew more competitive and quickly became popular conversation around the coffee pot.

Even though the team will not come back to the office with a first-place trophy, the season resulted in a new love of volleyball, excessive amounts of Olympic volleyball watching, too many spicy nacho platters to count, and plans to start searching Madison parks for the best pick-up games.