What A Cow Can Teach You About Social Media

What would Farmer Brown need to tweet about? That was my first reaction when signing up for the most recent Social Media Breakfast. The topic, “City Slickers, Cows, and Social Media,” might not be the most obvious place to find social media tips, but Amy Thorndsen from DCC Waterbeds (the premier waterbed for cows) and dairy farmer/blogger Carrie Mess (a.k.a. Dairy Carrie) came prepared with ideas that any company can use in its outreach. 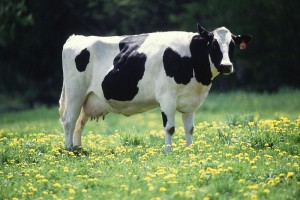 CB&A is no stranger to Help A Reporter Out (HARO), and neither was Thordsen. While her initial topic was how to turn a costly mistake into a big company win, she also hit on a point of interest a little closer to home. A HARO request was looking for stories about small businesses who successfully revamped their websites. But Thordsen saw an opportunity to pitch a story on the opposite end of the spectrum, having recently tried to update her company’s website, only to have her developer fall through. She pitched her story and was mentioned in the New York Times small business blog. This led to an article in the Huffington Post, which eventually led to a feature story about DCC Waterbeds on a local TV news program in Indiana.

So what? you ask. I don’t need to sell cow waterbeds to farmers in Indiana.

True, but Thordsen’s point is that a small media win in a big outlet can have a ripple effect. Most farmers aren’t likely to be reading the small business blog from the New York Times, but without that piece, her company never would have gotten the local coverage that spoke directly to its target audience.

Why Farmers Are Flocking To Social Media

Carrie Mess is a prominent and passionate dairy blogger, who explained why farmers are moving towards social media. Not surprisingly, it’s the same reason many companies are embracing Twitter and Facebook. Farmers want to tell their stories directly to their customers. By having a presence on social media, they are able to respond to questions and give first-hand accounts of how they run their farms.

It also enables them to be advocates for their industry. Using social media, they are able to comment on issues that affect them. They can grow relationships with the people buying their food, and the people who are putting it on their tables each night.  They also learn to be better farmers by understanding the needs of their customers.

Understanding How Your Message Affects Those Outside Your Target Audience

Mess closed her talk by sharing a story about an ad campaign run by Panera that offended certain farmers. The point of the ad was to promote Panera’s new chicken offerings made with meat raised without antibiotics. However, some felt the ad implied that farmers who did use antibiotics were lazy, causing a stir in the farming community.

Mess raised the strong point that while the message was meant to appeal to Panera’s target audience, it was offending a group outside that focus. It’s important to keep in mind that putting yourself in someone else’s shoes can save big headaches down the road.

While it might be hard to imagine Farmer Brown out in the field twiddling away on his smartphone, that is increasingly the case as farmers discover the benefits of social media.