Revealing a Diagnosis: How do you tell your child they have autism? 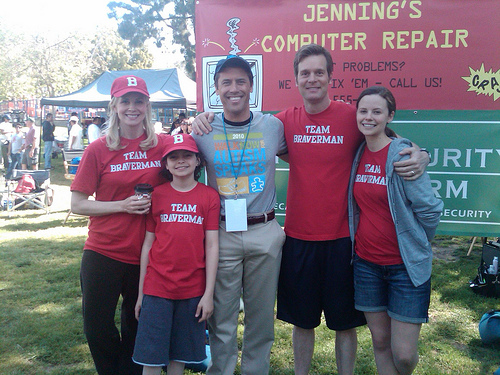 A few weeks ago, I introduced NBC’s show Parenthood, with its cast of quirky characters and tactful depiction of Asperger’s Syndrome. Watching this series, I appreciate the chance to gain a better understanding of how Asperger’s affects an individual and family. Granted, it’s a scripted television drama, which cannot speak to every case, but the show does address many difficult situations and decisions that families affected by an Autism Spectrum Disorder (ASD) encounter.

“Those Kids with Autism”

At the end of the first season, the entire Braverman clan teams up to participate in Autism Speaks’ Walk Now for Autism. Max is especially enthusiastic about the upcoming charity walk. As the family discusses their plans to participate, he suddenly exclaims, “Let’s help those kids with autism!” The statement surprises the entire family. Apparently they just assumed Max knew he had Asperger’s.

His exclamation took me by surprise as well. Max’s diagnosis was common knowledge, a frequent plot dynamic. Yet, I never thought twice about whether he was aware of his diagnosis. It’s an issue every parent of a child with autism must face – when and how do I tell my child?

Several thoughtful blog posts appeared in response to this storyline. Karen Kaizuka divulges her fear of her six-year-old asking, “What is autism?” Laura Shumaker recalls a particularly successful conversation with her son about the differences and strengths that result from his autism. Both give some useful tips on how to address the big question. They suggest that it should be a gradual process, emphasizing to the child that every person is unique and has different strengths.

I also greatly appreciate Marj Hatzell’s response to the topic. “If your kid had chicken pox, or a rash, or diabetes or cancer, would you keep it from them?” Her advice: don’t be afraid to tell your child. A label doesn’t have to be a negative thing. It can help a child to understand why he or she is different from peers, to accept those differences, and, ultimately, to celebrate them.

Has your child asked the big autism question? How did you tell him or her about the diagnosis?