A is for Apple: The Juicy History of America’s Favorite Back-to-school Treat

The back-to-school season for education PR conjures up many iconic images – a backpack filled with new school supplies, bright yellow school busses and of course, a shiny red apple. Since the sweet treat has become a symbol of teaching and education in many countries, it’s hard to believe that the apple was once considered a dangerous piece of produce to many Americans. 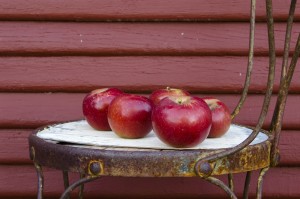 Unlike the sweet crunch we think of today, the apple historically had a bitter flavor that was best suited for drinks like hard cider. Throughout early American history, the apple remained tart and was deemed largely inedible until PR pioneers coined slogans like, “An apple a day keeps the doctors away,” and began promoting the fruit’s many health benefits. As apples gained popularity for their positive qualities, breeders began to cross certain breeds to create and enhance a sweeter flavor.

The fruit soon lost its association with hard cider and found a home in the American schoolhouse. As the American frontier began to expand, many families were responsible for housing and feeding teachers. Apples, now widely found across the country, became a form of payment for educators on the frontier. As wages increased for teachers, the amount of food supplied to them went down. But the apple remained a predominant symbol of appreciation for the many ways teachers have promoted a love of learning in each of us.