We’ve been learning and sharing a lot about autism spectrum disorders (ASDs) lately. The topic also has been popular with the mainstream media, which raises the question – why is autism such a hot topic? 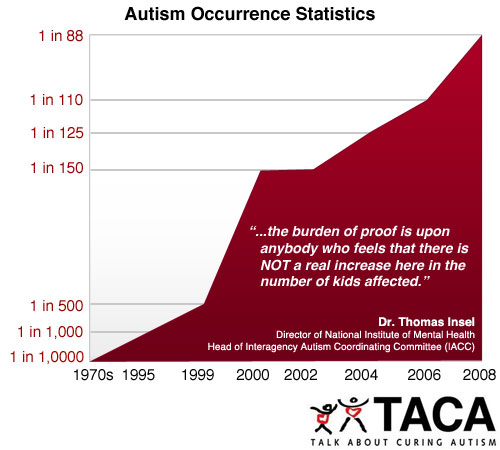 Almost a year ago, the Center for Disease Control and Prevention released an analysis of 2008 data, which estimated that 1 in 88 children have an ASD. The statistic has generated a great deal of concern, and many experts are trying to determine why the prevalence of ASDs has increased so dramatically in the past decade.

Diagnoses of this developmental disorder rose 78 percent over the last eight years. It is estimated that by 2014 the U.S. school system will be serving over one million children with autism, compared to fewer than 100,000 in 2002. This graphic illustrates why we’re so passionate about the topic here at CB&A. There is a crucial need for raising autism awareness both in the education industry and beyond.