As people turn toward Twitter to build their personal and professional brands, one practice that’s sparked some controversy throughout the Twittersphere is ghost tweeting. 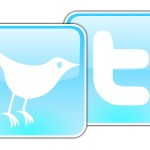 Ghost-written celebrity biographies are commonplace, but hiring someone to tweet on your behalf is a hot topic among Twitter users.  The controversy stems from the notion that Twitter (and other social networks) was created for people to connect with an actual person or company.

Given this presumption, is it appropriate to have someone ghost tweet on behalf of a company, or an individual who wants the benefits of a Twitter “presence” without actually doing the work?

•    Ghost tweeting is a misrepresentation of a person or brand and should not be condoned.

•    Here’s my rule: if you don’t have the time to have your own original thoughts and key in your own 140 characters, stay out of the game.

•    It violates the spirit of the open community we are trying to build on Web 2.0 with Twitter, Facebook.

Although we don’t recommend employing a full-time ghost tweeter, there is room for PR professionals to be involved in a company’s social strategy by helping its marketing team manage the planning process, and get their account(s) up and running. However, it needs to be made clear at the beginning that this is a temporary arrangement. The PR professional is there only as a guide during the implementation process, and will step aside when a team of trained individuals is ready to use the network(s) and provide a genuine company perspective.

Internally, it’s OK to have your company’s communication team be the “voice” of your corporate Twitter account. They’re already part of the company culture, and because they’re generally the ones sharing your news, it’s natural for them to jump on Twitter to tweet about company updates and announcements. On the other hand, having them tweet on behalf of your company’s CEO, isn’t authentic and won’t be well received by customers, prospects, etc. The goal of tweeting (whether for your company or yourself) is to be true to the overall purpose of the service –connect with others of similar interests (customers, industry colleagues, clients, etc.) and provide authentic, useful information.