An article in the Aug. 17 edition of the Wall Street Journal sheds light on the use of public relations as a recruitment tool for schools.  Stephanie Simon reports that urban districts are employing public relations to dissuade students (and their parents) from fleeing to charter schools, private schools, and suburban districts that offer open enrollment. 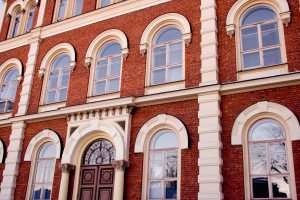 According to Simon, the number of students attending urban public schools continues to decline.  In Washington, D.C., enrollment has plunged from nearly 150,000 in 1970 to less than 50,000 in 2008.  Over the last 10 years, enrollment has dropped 25 percent in Pittsburgh and San Antonio, and is down 40 percent in St. Louis.

Boosting enrollment helps districts on several fronts.  State funding for schools is based on attendance, with each new student bringing in more money.  In addition, schools with low enrollments run the risk of being closed, so districts hope a positive public image will persuade voters to support levies and bond issues that keep public schools open and operating.

Here’s a review of public relations efforts by four urban school districts as described by Simon in the Wall Street Journal article:

District of Columbia Public Schools: District spent $100,000 on a campaign featuring radio spots and bus ads, which included quotes from students explaining how glad they are to be in public schools.

Pittsburgh Public Schools: City officials have pledged to give full college scholarships to all qualified graduates of city schools.  This fall, that message will be carried by $1.5 million of donated advertising space and media airtime.

St. Louis Public School District: Administrators have set aside $1 million to pay for publicity, which may include boasting about a top-ranked high school, and highlighting magnet programs in culinary arts, aeronautics and international students.

These public relations campaigns vary widely in cost, from a few thousand dollars to more than $1 million.  They have drawn some negative criticism, especially when public schools across the country are being hit hard with district budget cuts.

Thanks to Stephanie for starting a discussion about this topic.  For those who are interested in learning more about school-based public relations efforts, stop by the National School Public Relations Association to check out some of their free resources.

Would love to know what you think.  Should districts be spending money to improve their public image – or focusing their efforts on improving the quality of instruction their students receive?