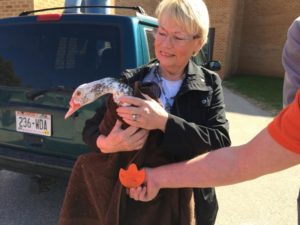 CB&A’s client, a 3D printer manufacturer, was featured on a Wisconsin news station when a local teacher made prosthetic feet for a duck left footless by frostbite. Immediately, the team saw the possibility to capitalize on a local news moment and create visibility for the client. CB&A looked to broaden the coverage from a consumer story with an educational angle focused on how the teacher was using the client’s 3D printer in the classroom.

CB&A put together a comprehensive media plan that reached education trade journalists. Due to the timeliness of the story, CB&A had less than a day to create a media list, draft pitches and conduct interviews on behalf of its client. The target: local and national media geared toward 3D printing and technology.

As this was an unexpected opportunity, the CB&A team had limited time to respond. The strategy included contacting the teacher to learn how he turned creating the duck feet with the 3D printer into a learning experience. A comprehensive media strategy was then put into place, framing the story from an education trade angle and communicating with journalists. CB&A facilitated interviews with interested journalists, helping them to craft their story.

This initiative led to a PRSA-Madison Award of Excellence.