The Situation: Our client, the leader in electronic transcript exchange, sought to increase media coverage of its annual college rankings list from the previous year. C. Blohm & Associates leveraged the growing distrust of rankings to generate compelling news stories and build brand awareness and trust.

The Results: C. Blohm & Associates developed a visibility campaign for the client, which featured a news release accompanied by extensive media relations. The outreach highlighted the recent misgivings surrounding popular college rankings and positioned the client’s rankings as a unique perspective on the nation’s best schools. Proving highly effective, this strategy generated extensive press coverage in national and local media, and produced a steep rise in website traffic. 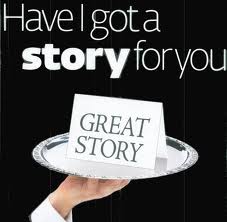 Twitter proved to be an increasingly important relationship-building tool, helping CB&A connect with national outlets such as the Associated Press and Forbes. The conversational tone of the social network allowed for engaging discussion. Its character restrictions worked to our advantage, as reporters needed only a brief moment to read and reply. Twitter also facilitated personal connections – the college rankings’ similarity to chess rankings appealed to a reporter who listed an interest in chess on his Twitter profile. The insight led to a highly tailored pitch, which netted a feature article.

Spreading the reach of coverage

Timing was critical for the client’s news. The pitch had to coincide with the announcement of the client’s college rankings, and it also had to beat competitors with similar news. CB&A used exclusives and embargoes to get the rankings into the hands of reporters ahead of time while maintaining control over the timing of the news.

Overnight successes are rare. Instead, coverage typically follows a curved trajectory, which CB&A continually supports via its social networks. In this case, Twitter was just as useful after pitching as it was before and during pitching. Retweets and shares enabled coverage to reach an even wider audience.

Sometimes just one success can be incredibly valuable. After the Associated Press covered the story, our client’s news circulated to many other national and local outlets around the country.

With one news release and vigorous media relations outreach, the client saw a significant increase in coverage from the previous year. In a month’s time, national and local publications, including the Associated Press, Christian Science Monitor and Crain’s Chicago Business, ran 97 articles featuring the story. Placement in both trade and consumer publications produced more than 13.1 million impressions. The coverage also boosted web traffic to 431,000 unique visitors to the client’s website, nearly double from the previous month, as well as from the same month a year before.

CB&A’s efforts at long-term relationship building also benefitted the client beyond the original news story. Coverage of the college rankings improved our client’s brand recognition. A connection made during the college rankings outreach led to an extended conversation that ultimately landed client coverage in the highly respected technology outlet, TechCrunch.